What Has Bikes, Beers and Thrills? The MotoGP Czech Grand Prix!

Two wheels, 210MPH and zero fear will be on display Sunday, Aug. 17, as MotoGP™ slides (literally), into Circuit of Brno, located in the traditional country of the Czech Republic. The Czech Grand Prix will mark the 11th race of the 2014 MotoGP™ season, and Spaniard Marc Marquez will be full speed ahead in hopes for what will be his 11th consecutive win, providing his streak continues in Indianapolis on Aug. 10.

Every circuit has a special uniqueness with a serving size of one-of-a-kind victories, losses and fruition. Brno circuit isn’t your glitz and glamour, new-age track; its classic…as in Citizen Kane, classic. The world’s most famous riders have taken part in grand prix events in Brno since 1930, where up until 1982, they would race through the villages and western parts of the city on a road track named after the first Czechoslovak President, T.G. Masaryk.

A new circuit was built during the 1980’s with the aim of attracting Formula 1™ to Czechoslovakia and in 1987, it played host to the FIM Czech Grand Prix. Popular with both fans and riders, the new circuit is built in a natural bowl which is banked in places to offer spectators an excellent view.

Brno constantly changes in elevation as it magically sweeps across forested hillsides and its fast undulating corners test rider talent and engineering to the limit. If you want a MotoGP™ experience full of action, you’re going to get it –we promise!

A Travelers Guide to Brno

Not only is the track a great place to experience racing, but it’s located in a city that will make you feel like you’ve traveled back in time...in a good way! Bnro is a compact and endearing old town that you wish you could pick-up and put your pocket for a rainy day. Without further ado, take a look at the top tourist attractions to embellish in while attending the Czech Grand Prix:

• Old Town Hall: The Old Town Hall is the oldest secular building in Brno and features an ornate Gothic Gate. The coolest part about the sculpture is the central tower, which appears to be lopsided. It was not a design flaw, but more like the mason getting revenge on the city council that never paid him.

• Phallic Clock: For starters, the clock symbolizes a bullet. Yes, it looks like a life-size bullet sticking straight out of the ground. The reason being it’s a constant reminder of the 1645 Battle of Brno, in which the town defended the Swedish army by a smart trick of chiming the clock an hour early before noon.

• Visit a Brewery: You can’t visit the Czech Republic, the birthplace of beer, and not take the time to enjoy a cold one. End of story.

• Cabbage Market: Ranging only a half block from the Old Town Hall is the city’s Cabbage Market. Every morning, an array of vendors set up their stands to sell all different kinds of veggies and flowers. This is a great way to get a “taste of the land” and meet some locals!

• Cathedral of St. Peter and Paul: After you take a morning stroll through Cabbage Market, you can walk directly up Petrov hill to reach the cathedral, which acts likes Brno’s own skyscraper. The detailing of the cathedral will have you mesmerized.

• Explore Spilberk Castle: Builited in the 13th century, the Spilberk Castle has a long history of being used both as a military fortress as well as a prison. Today, it is the Brno City Museum and known for one of the loveliest of views in the entire town.

There is no better way to attend MotoGP™ than with Official Ticket Packages through Moto Experiences! You will experience the track's most elegant surroundings with outdoor marquees and exclusive suites, always fully-equipped with air conditioning and comprehensive race television coverage, so even when the riders are out of view, you're not missing the action.

The MotoGP VIP Village™ brings you the best dining experience throughout the day. From the moment you arrive at our premises, you will taste a delicate cuisine always freshly prepared and waiting for YOU. You'll even have access to open bars!

Can’t you see yourself now: Enjoying the best foods, at one of the most largest and historical circuits on the 2014 calendar, meeting riders and their teams? –YES! The enviable views of the action bring together the perfect balance of excitement, style and exclusivity. Are you ready to dust off that suitcase? Don’t you hear it? The moto experience is calling. 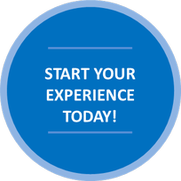